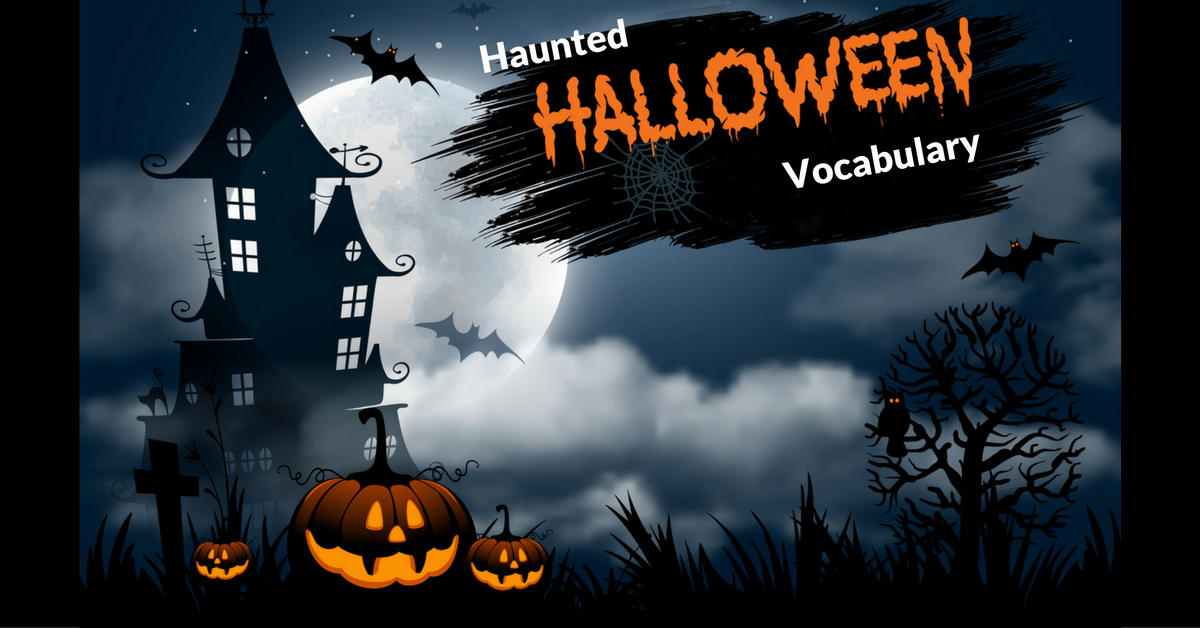 All Hallows Eve – Another term for Halloween (October 31), and the day before All Hallows Day on Nov. 1. In ancient times, the Celtic people celebrated the end of summer on All Hallows Eve.

Pumpkin – A type of vegetable that is eaten at Halloween and used to make decorations.
Example: Jack is ready to pick out a pumpkin for Halloween

Witch – A woman who possesses magical powers. Also: Someone who is mean toward another person.
Examples: The witch turned the prince into a frog.
My boss is a witch. She yelled at me for not completing a project.

Zombie – A dead person’s body that comes to life. Also: Someone who is very tired and moves slowly.
Examples: The zombie arose from his grave and walked in the cemetery.
I feel like a zombie because I stayed up late last night.

Vampire – Someone who feeds on someone else’s blood.  Also: Someone who is emotionally draining.
Examples: The vampire said, “Blood is my favorite food!”
My mother-in-law is like a vampire. She drains the joy out of me!

Ghost – A spirit of a dead person or a person who is unwell.
Examples: This town is believed to have ghosts.
Her face turned white as a ghost.

Haunted – Used to describe something scary or believed to have ghosts.
Example: I think this place is haunted. I heard strange noises during the night.

Haunted House or Spook House – A place made to frighten people.
Example: Anna screamed when she saw a ghost in the haunted house.

Bat – A black, furry animal that flies at night.
Example: When I entered the haunted house, a bat flew in my face!

Mummy – A dead body wrapped in something, usually cloth.
Example: Tyler dressed up as a mummy for Halloween.

Coffin – A container used to store dead people.
Example: The mummy jumped out of the coffin.

Trick or Treat – A greeting used when children go door-to-door to get candy.
Example: Susie knocked on the door and said, “Trick or treat!”

Costume – A type of dress that includes clothes, makeup, and wigs.
Example: Richard made a mummy costume by wrapping himself in toilet paper.

Dress Up – To use clothes or makeup to become someone else.
Example: Andy dressed up as a ghost for Halloween.

Blood – A red liquid that runs through the veins of people and animals.
Example: In the haunted house, blood spilled out of a man’s mouth.

Bloodcurddling – A loud sound filled with fear.
Example: Jack made a bloodcurdling scream when he felt someone touch him.

Creepy – To describe something scary.
Example: This place is creepy. I don’t want to live here.

Boo – An expression used to scare someone.
Example: Charlie jumped out of the room and said: “Boo!”

Bones – Hard pieces of calcium that make up a person’s frame.
Example: He looked inside the coffin, and all he could see were bones.