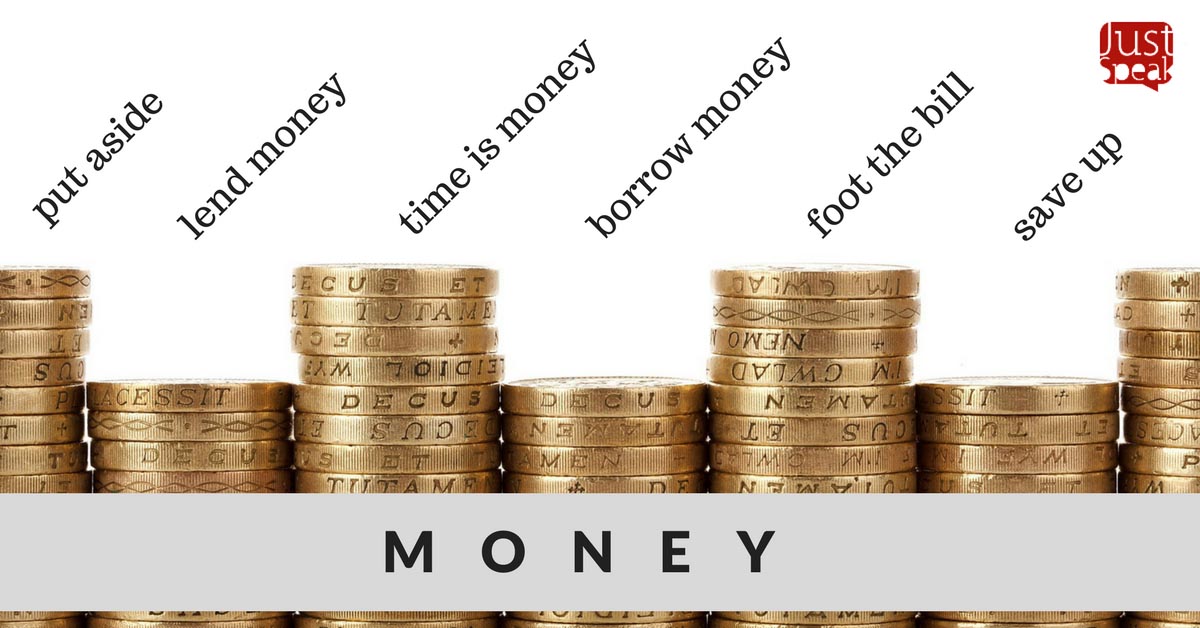 borrow money – to take money from someone  (pożyczyć pieniądze od kogoś)
I think, he wants to borrow money.

lend money – to give money to someone (pożyczyć pieniądze komuś)
This is the gentleman who lent the money to John.

pay back – to return money owed to someone (oddać pożyczone pieniądze)
How long is it going to take you to pay that money back?

pay off – to finish paying all money that is owed (spłacić ostatecznie pożyczone pieniądze)
He needed to make some money to pay off some debt.

save up – to keep money for a large expense in the future (oszczędzać na większe wydatki)
It took me months to save up enough money to go travelling.

put aside – to save money for a specific purpose (odłożyć pieniądze na specjalny cel)
I put aside a little cash for an emergency.

time is money – time is valuable so don’t waste it
I can’t afford to spend a lot of time standing here talking. Time is money.

beyond one’s means – more than one can afford
A second vacation this year is well beyond our means.

flat broke – to have no money at all
Two years later she is flat broke and on the dole.

foot the bill – to pay for something
Her mother agreed to foot (=pay) the bill.