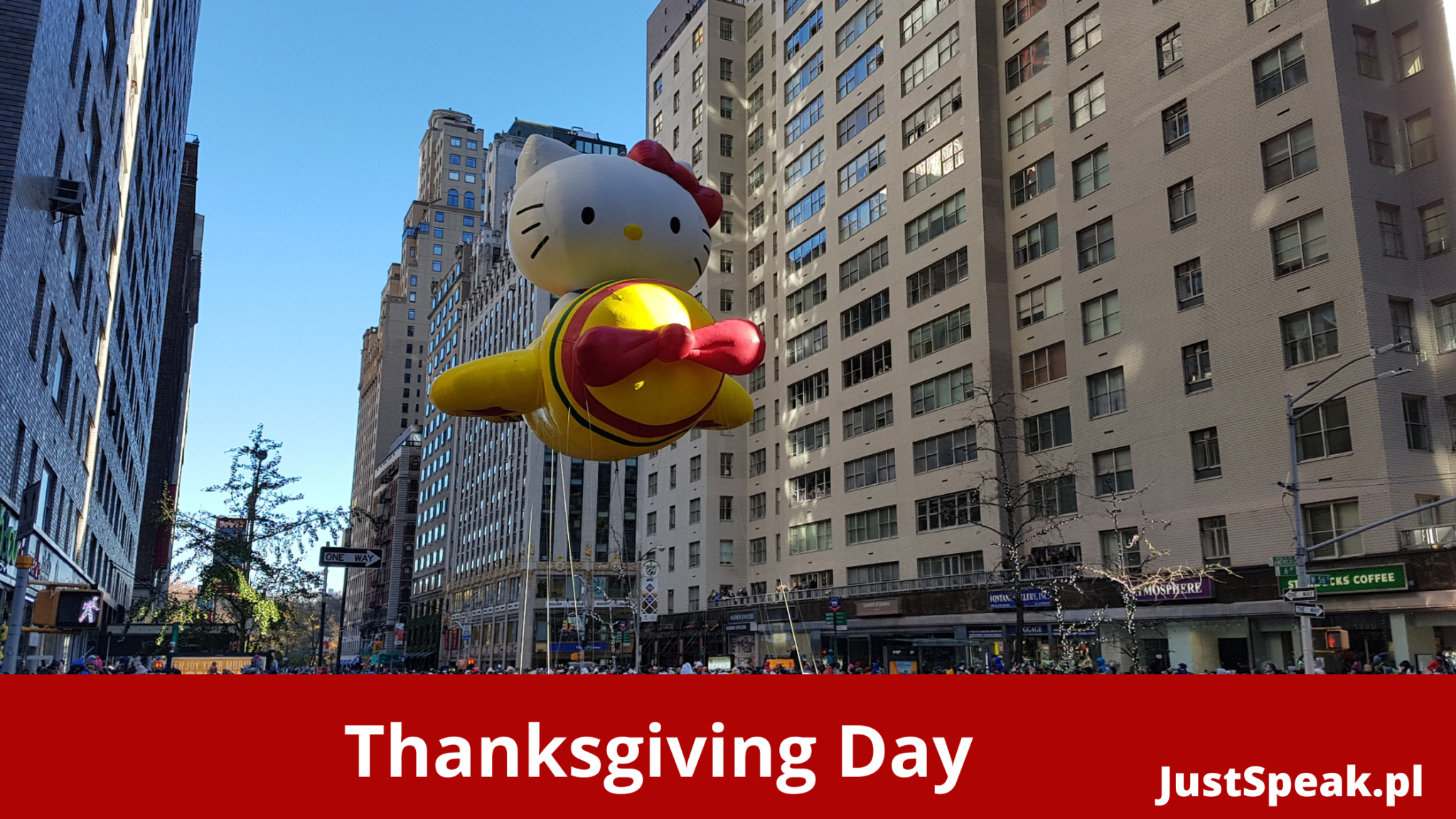 Thanksgiving is celebrated on the fourth Thursday of November in United States and the second Monday of October in Canada. This celebration is to give thanks for all the good things in life.

The story about the first Thanksgiving Day

In 1620, 102 people sailed from England to North America on a small ship called the Mayflower. These pilgrims, as they have come to be known, set up a colony at Plymouth in present-day Massachusetts. The first winter for the newly-arrived families was very hard as it was difficult to find food and shelter from the cold. Only half of the pilgrims survived. However, when spring arrived, the settlers were taught by the local Wampanoag (Native American) tribe how to cultivate corn, catch fish in the rivers and which poisonous plants to avoid.

After their first corn harvest in 1621, the pilgrims invited their Native American friends to a celebratory banquet as a way of showing gratitude for their help. The festival lasted three days, was attended by 90 Native Americans and 53 Pilgrims and is considered the first Thanksgiving celebration. This celebration then became an annual event after harvest and spread to other settlements in the area.

In 1789, George Washington issued the first Thanksgiving proclamation and called upon Americans to express their gratitude for the conclusion to the country’s war of independence. In 1817, New York became the first state to officially adopt Thanksgiving as an annual holiday. In 1941 a bill was passed making Thanksgiving the fourth Thursday in November.

Family reunion
One of the most important traditions of  Thanksgiving day is getting together with the family and having the Thanksgiving meal. More people travel for this day than any other day of the year.

Traditional foods are a large part of Thanksgiving celebrations. Many families include the entire family in the food preparation. Traditional foods include turkey, stuffing, gravy, sweet potatoes, cornbread, mashed potatoes, and cranberry (typically in sauce form). Many people serve pie for dessert at the end of the meal. Popular pie flavors are pumpkin, pecan, sweet potato, and apple.

Some families choose to serve vegetarian Thanksgiving dinners instead of a stuffed turkey. They might eat vegetarian turkey, which can be made out of tofu. Others eat squash, salads, or other fruit and vegetable dishes.

The Wishbone
Some families include breaking the turkey’s wishbone as part of their celebration. The wishbone is found attached to the breast meat in the turkey’s chest. After the meat has been removed and the wishbone has had a chance to become dry and brittle, two people each take one end of the bone, make a wish, and pull. Whoever ends up with the larger part of the bone gets their wish!

Parades
There are parades held throughout the country though the most well-known one is the Macy’s Parade in New York which lasts around three hours. The New York City Macy’s Thanksgiving Day Parade includes marching bands, floats, songs and performances from Broadway musicals, and giant helium-filled balloons! At the end of the parade Santa Claus appears which announces the start of the Christmas period.

Football
This popular sport is an important part of the holiday, when families gather around to cheer on local or national teams. American football and Canadian football are both similar to rugby, played primarily not with the feet but with the hands.