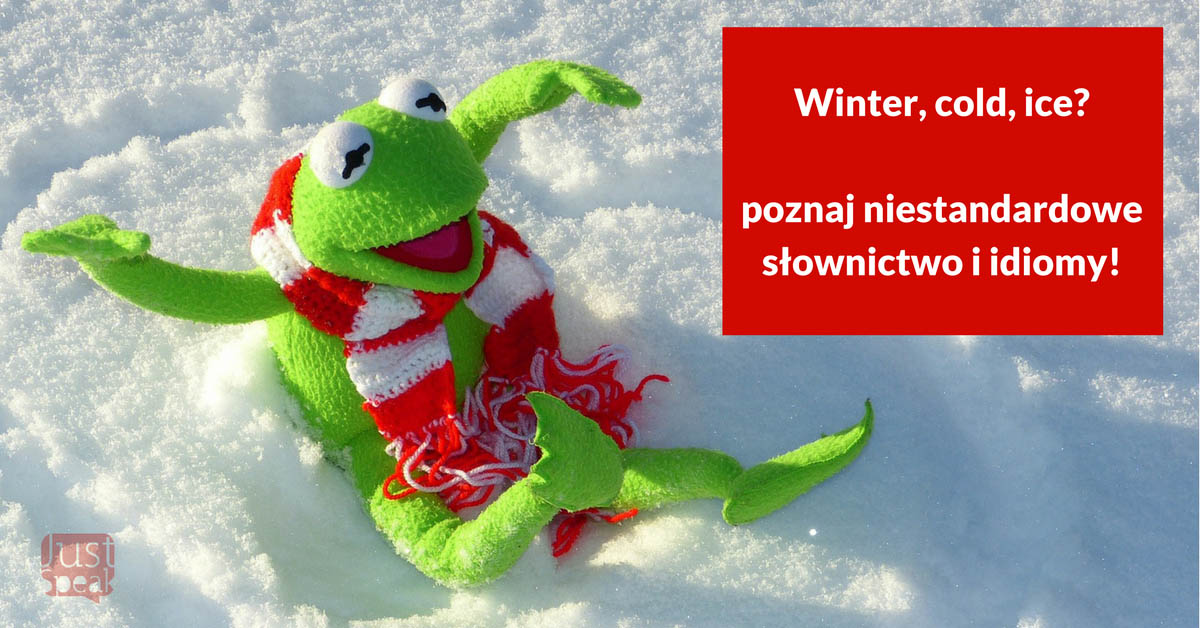 black ice – a very thin coating of ice found on roads and sidewalks that is difficult to see, and therefore quite dangerous
Example: Today the black ice on nearby street caused 4 car accidents.

a cold snap – a sudden short period of very cold weather
Example: Poland is experiencing a very cold snap at the moment.

wind chill  – when the wind makes the air temperature feel colder
Example: It is zero degrees on the thermometer, but the wind chill makes it feel like -5 degrees.

slush  – snow that has started to melt and has become dirty
Example: When the snow turns to slush, it’s so ugly all around.

sleet  – a mixture of snow and rain
Example: Oh no! It’s not snow but sleet. I don’t like sleet.

snowfall – the amount of snow that falls during a period of time
Example: We’ve had 10 centimeters of snowfall overnight.

to be snowbound – to be stranded or unable to leave a place because of heavy snowfall
Example: We were snowbound at the airport for the whole weekend due to the snowstorm.

snowed under – with too much work to deal with
Example: The company was snowed under with applications for the job.

on thin ice – at risk of annoying someone
Example: I’m warning you. You’re on thin ice.

put something on ice (informal) – to delay something
Example: The negotiations were put on ice when the market fell sharply.

to get cold feet – to suddenly get too scared to do something planned
Example: Maria cancelled the wedding because she got cold feet.

snowball effect – when something small keeps growing in importance or significance
Example: Gangnam Style’s popularity was such a snowball effect.

put something on ice – to stop doing something
Example: Richelle is going to put the project on ice until she gets a response from her supervisor.

snowed under – to be overwhelmed, usually with responsibilities
Example: I’m sorry I can’t go to the party tonight, I’m snowed under with homework.